15 Companies That Use Node.js in 2022 Successfully 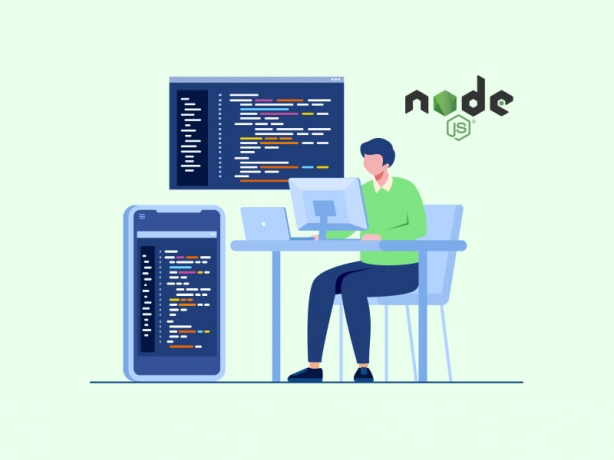 Node.js is the best technology for developing high-performance web applications, powering everything from Uber to LinkedIn.

Plenty of successful companies around the world are using Node.js successfully which makes it easier for newcomers to take inspiration from the experience of their peers and create a roadmap for their projects.

If you're still unsure whether to choose Node.js, look at the below 15 companies currently using NodeJS.

Read on to check their journey.

Why are companies using Node.js?

Most well-known companies are using Node.js today. But what makes Node.js so desirable? Below are some advantages to help you understand.

Easy to learn: It is easy to learn Node.js. However, you should hire node.js developers to help you work on the software of your business. It is necessary to have prior experience with object-oriented programming and JavaScript. And for that, skilled coders are needed.

Fast: Projects created with Node.js are released faster in the market. Some benefits of Node.js are:

Scalable: Node.js was developed to provide a more scalable alternative to Apache.

Therefore, scalability is the core component of Node.js. Scalable software is necessary for Node.js using businesses to plan for future expansion.

Community Driven: Going back to accessibility, you'll see that the software with the largest communities is frequently the most accessible. A vast community can provide a lot of support and feedback.

The same community makes the most of Node.js' open-source status by creating tools that make the development process simpler for everyone.

Node Package Management (NPM) is the official package ecosystem for Node.js. IIt is the most significant and fastest-growing software registry.

To understand the rising trend of Node.js, it is essential to note which businesses use Node.js, the difficulties they encountered, and how Node.js assisted them in overcoming those difficulties.

We have compiled the top 15 companies using Node.js to make you understand.

Netflix has over 182 million subscribers worldwide and has been working to speed up interface loading for a better user experience. The company was using JAVA backend until 2015, which was suitable for data administration but had long user wait times.

Since Javascript's front end and Java's back end could not interact effectively, Netflix chose to switch to Node.js to take advantage of the performance benefits of Node.js.

Why did Netflix switch to Node.js?

The pioneer of aviation, NASA, was having trouble combining its scattered historical files about EVA spacesuits. For research reasons, it made it challenging for scientists to access databases. It took a long time and a lot of searching to get the data needed for a thorough investigation.

Colin Estes, who created Node.js enterprise architecture for NASA, explains how the system required an API-driven architecture. You wouldn't think NASA would be one of the companies using Node.js, yet it is true for the reasons listed below.

Why did NASA move to Node.js?

PayPal is used by 87.5% of online shoppers to make digital payments. It also faced the same JAVA to Javascript transition issues that affected Netflix. It led to slower loading times and problems with payment processing.

The developers were proficient in JAVA, but because the front end was written in Javascript, there were several issues with the development. As a remedy, PayPal decided in 2013 to switch from Java to Node.js, becoming one of the first businesses to do so.

Why did PayPal move to Node.js?

LinkedIn is the largest professional network in the world, used by more than 690 people. It is also the most prominent app to use Node.js in production.

Before migrating to Node.js, LinkedIn worked with Ruby on Rails for a considerable time. The choice was made primarily to improve app performance and use fewer resources. They switched from synchronous to asynchronous request processing by using Node.js as their backend, which provides substantially faster interface loading times.

Why did LinkedIn move to Node.js?

The Trello team, makers of the well-known Kanban-style project management tool, sought a light and quick load server. Trello is built on Coffeescript, a language that consists of JavaScript, the developers here prioritized JavaScript.

Trello required a solution that could handle several concurrent queries simultaneously. As a result, Node.js emerged as the top option for those reasons.

Why did Trello move to Node.js?

Uber is one of the first businesses to use Node.js in production. An extensive number of modules in Uber's distributed architecture use APIs to connect. Node.js was their ideal choice because it can handle millions of concurrent queries.

Node.js is utilized by several parts of the Uber Mobile App for crucial tasks like trip execution and connecting 600+ APIs. Uber is switching some elements to Go, but Node.js is still a vital part of its software stack.

Why did Uber move to Node.js?

The largest retail chain, Walmart, wanted its e-commerce website to be agile enough for remote teams and better optimized for performance.

Nearly 80 million people use Walmart's mobile app and e-commerce website each month, which necessitated the development of a system capable of handling such a high volume of requests. Their main targets were faster loading times, an HTML front end, and the transition to a microservices architecture, which their existing JAVA program couldn't provide.

Why did Walmart move to Node.js?

Twitter has a sizable user base and aimed to optimize mobile.twitter.com's performance. One of the primary traffic sources for Twitter is the website. It used to serve the same Twitter desktop site on mobile devices but switched to Node.js to add new features.

It is not surprising that Yahoo Life, Yahoo Food, and Yahoo Answers all use Node.js. Starting with Node version 0.8, Yahoo is another early adopter of the technology into production. Even Flickr, owned by Yahoo, uses Node.js to provide heavily used photo pages swiftly and consistently.

Why did Yahoo move to Node.js?

One of the major firms supporting Node.js is GoDaddy. It is one of the world's largest hosting and domain name providers. GoDaddy switched to Node.js when they revamped their website in 2016.

The key priorities were to reduce server strain caused by the Website Builder platform, lower expenses, and improve user experience.

Why did GoDaddy move to Node.js?

eBay receives a billion service requests. It is one of the biggest online marketplaces and one of the top Node.js users. Before switching to Node.js, the architecture had long been built on Java.

The platform challenges with JAVA caused by eBay, PayPal, and Netflix led them to seek a lighter runtime that would work better with the front end. The website was slow for users due to the discrepancy between the front end and back end codes.

Why did eBay move to Node.js?

Citibank is the largest bank in the world, with approximately 2,500 branches in 19 different countries. It was already a component of the ecosystem of Javascript-based technologies.

However, recently integrated Hapi.js and a Node.js framework. Citibank made this decision in response to Walmart's success with Hapi.js and Node and that it fit their pre-existing tech stack.

Why did Citibank move to Node.js?

Yandex is a Russian multinational firm with expertise in various services, including search engines and transportation. Yandex has numerous API libraries based on Node.js.

APIs transmit instructions from one program to another and the operating system. Some of the Yandex libraries include maps, Yandex-translate, and Yandex-music-API.

Why did Yandex move to Node.js?

Medium is a platform for blogging and content, with over 25 million unique users increasing each month. It's one of the few businesses using Node.js and AWS.

Why did Medium move to Node.js?

Groupon, a major online retailer with more than 40 million active consumers, had problems scaling its operations as it expanded. It was monolithic and challenging to maintain JAVA and Ruby on Rails architecture.

Groupon's deployment of a PHP stack in South America and a different JAVA stack in Europe also brought up development challenges.

Why did Groupon move to Node.js?

These are only a small number of businesses using Node.js overall. There are numerous other companies for similar or different reasons.

It's crucial to remember that businesses that employ Node.js and its features do not magically develop top-notch applications. Their software setup is managed by senior software engineers.

If you want to attract as much attention as they have, you need to connect with a top node.js development company to begin your journey.

15 Companies That Use Node.js in 2022 Successfully